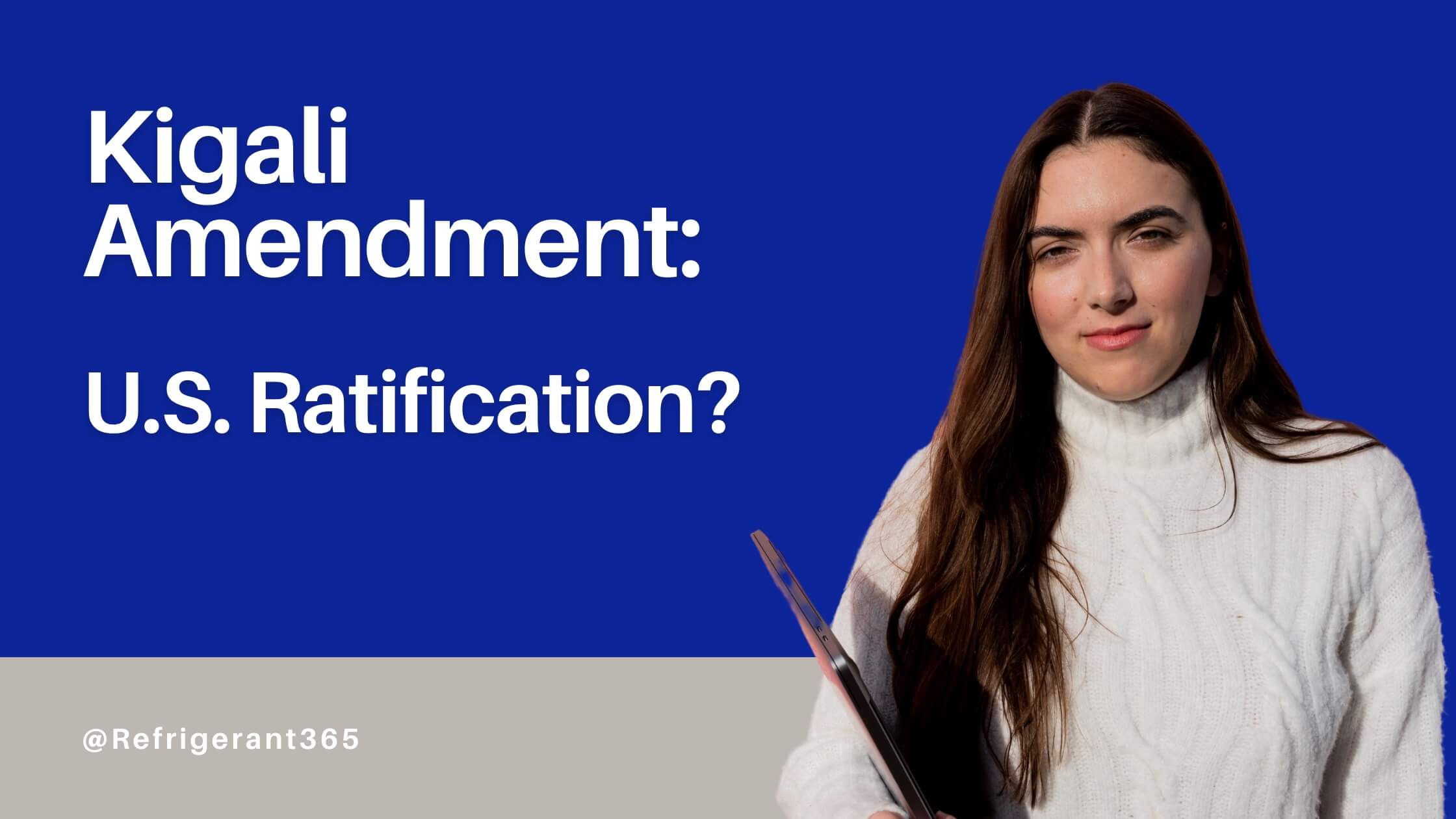 On Tuesday, November 16, 2021, the White House sent the Kigali Amendment to the U.S. Senate for ratification. This move came just days after the conclusion of COP26 in Glasgow.

Now, many in the HVAC-R and refrigerant industry had anticipated that discussions at COP26 would provide more speedy and near-term momentum for refrigerants and their impact but alas.

The sequence of events—that is, the Kigali Amendment being sent to the U.S. Senate for ratification—that unfolded just days after COP26 makes up for that, at least in part, here in the U.S for many stakeholders.

Such a move did not appear out of a vacuum, either. The Biden administration had explicitly called for ratification of the Kigali Amendment earlier this year, in fact. So, it’s been anticipated for quite some time.

As you may recall, we’ve already seen the passage of the AIM Act late last year, along with its first rulemaking published in September of this year.

Both the AIM Act and the Clean Air Act have been cited as justification for the ratification of the Kigali Amendment. The push for ratification by the White House includes maintaining U.S. leadership for the development and deployment of HFC alternatives; establishing export markets for manufacturers; and creating domestic jobs.

The amendment has to first pass through the U.S. Senate’s Foreign Relations Committee before reaching the Senate floor, where it would require a two-thirds supermajority.

It will be interested to watch what unfolds in regards to the Kigali Amendment ratification in the weeks and months ahead.

With the passage of the AIM Act and its first rule already underway, many will say that ratification of the Kigali Amendment seems like second nature at this point; however, others may say the antithesis of that.

Moreover, keep in mind that 129 parties have now ratified the Kigali Amendment. And, indeed, there are trade restrictions between countries that ratify the amendment and those that do not, and such restrictions take effect in 2033.

What are your thoughts on all of this? Let me know in the comments section below.

Well, that concludes my latest update. As always, thanks for reading.

Covering and curating crucial refrigerant insights around the globe, 365. That’s #Refrigerant365. Follow me across the web @Refrigerant365.

Elizabeth is the Director at Alpyne Strategy, an expertise-driven industrial marketing agency that helps you build a stronger brand with innovative marketing strategies. She leads the HVAC-R division.