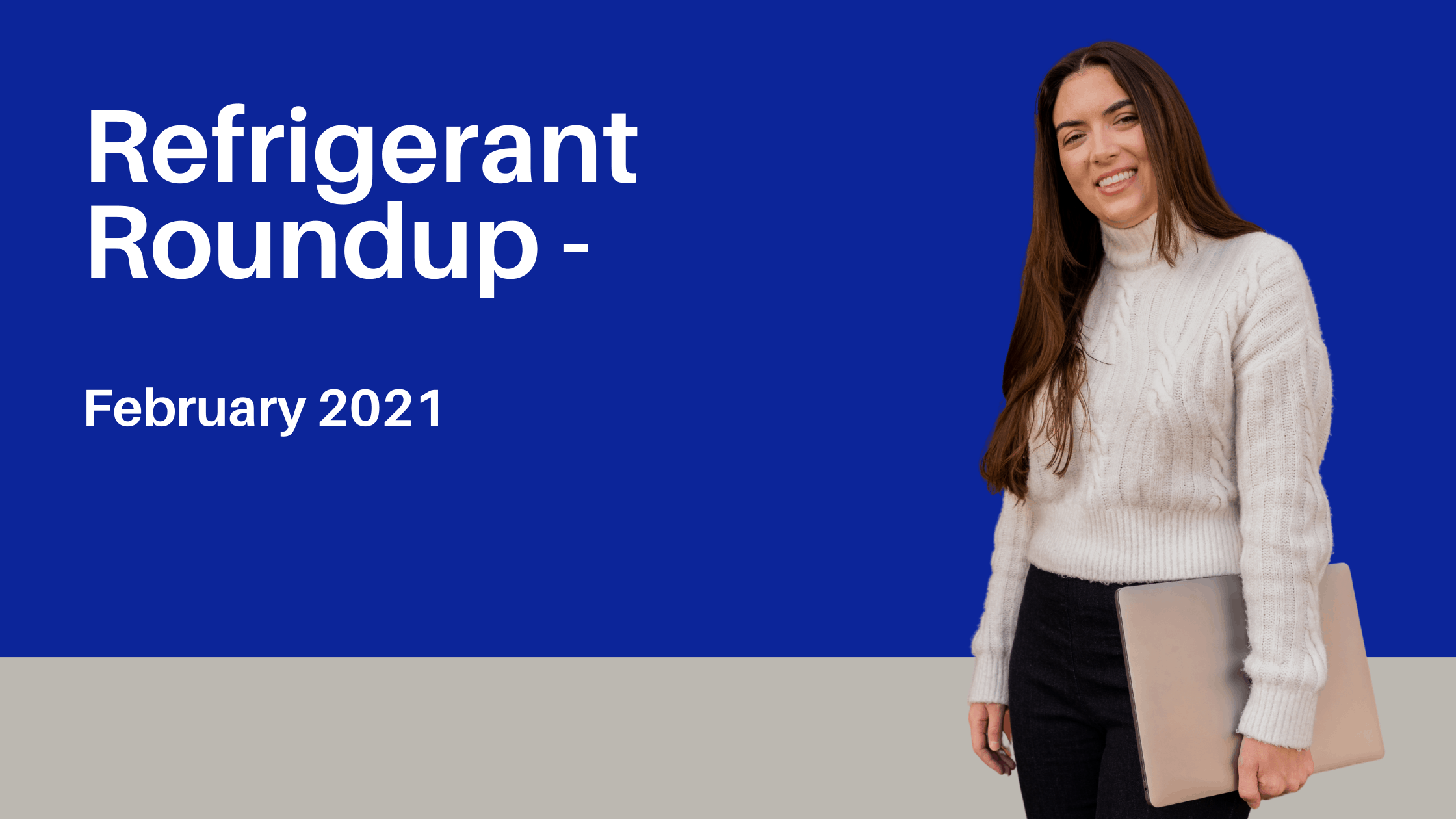 This article is a part of my Refrigerant Roundup series which appears monthly.

February 2021 contained numerous refrigerant updates that you should know about, including new developments with the U.S. HFC phasedown schedule and regulations.

Refrigerant in the News

The NODA provided information on the total annual HFC production and consumption between 2011 and 2013, and it also identified potential gaps and requested comments.

Shortly thereafter, the EPA held a stakeholder meeting on Feb. 25, which

For a recap of the meeting, see the slides published on the EPA’s site. One major takeaway from all of this is the fact that the phasedown allocation rulemaking has been fast-tracked with a planned signature in late April/Early May.

Focus on the AIM Act and the HFC phasedown schedule also brings attention to the Kigali Amendment.

The new Biden administration is pushing to ratify the Kigali Amendment of the Montreal Protocol in the near-term.

Specifically, Executive Order “Tackling the Climate Crisis at Home and Abroad” seeks the Senate’s advice and consent for ratification of the Amendment within 60 days of the order.

It will be interesting to see how this unfolds, as there is currently much debate amongst stakeholders. What are your thoughts? (People often point to the fact that trade with Parties that have not ratified the amendment will eventually be banned as one reason for need of ratification.)

A fatal ammonia refrigerant leak occurred at an ice plant in the Philippines in February; it left two workers dead, hospitalized close to 100 people, and forced the evacuation of some 3,000 residents near the plant.

After the incident, there has been calls for inspections by authorities, The Cooling Post reports. This story brings ammonia refrigeration safety to the forefront.

As you may recall, my Refrigerant Roundup for January 2021 highlighted the enforcement actions recently taken by the U.S. EPA for ammonia refrigeration systems, including a six-figure penalty for a company in Q4 as well as a settlement with another company in Q1.

Facilities with ammonia refrigeration systems may be subject to numerous compliance requirements; ensure that your facility is up-to-date with such requirements.

Especially since there’s agreement now by that such systems have been a focus by the EPA, according to an article in Lexology.

In February, the California Air Resources Board (CARB) held a working group meeting on its HFC regulations for stationary refrigeration and air-conditioning equipment.

2021 will be an important year for further advancement of CARB’s HFC regulations and its refrigerant management program. I encourage you to participate in the working group meetings to keep informed and up-to-date.

Well, that concludes the Refrigerant Roundup for February 2021. Thanks for reading!

Refrigerant Roundup for May / April 2021